What is TSN? A Look at Its Role in Future Ethernet Networks If you follow new trends and technologies, you’ve likely been hearing a lot about time sensitive networking (TSN). But, since it’s a relatively new technology, have you been wondering, “what is TSN?” and “why does it matter to my company?”

As you may have read in this previous post about TSN, this new technology transforms standard Ethernet from an “I’ll get it there as soon as I can” communications technology to one that provides timing guarantees for mission-critical applications. Now, you can achieve an entirely new level of determinism in IEEE 802.1 and IEEE 802.3 Ethernet networks.

There are many reasons that a new level of determinism (i.e. bounded latency and extremely low jitter) is needed, especially as mission-critical Ethernet networks evolve. Many applications today, such as motion control in discrete manufacturing, establish strict delay requirements to ensure that real-time data transmissions can support the application demands. To meet the short cycle times and to provide the necessary guarantees for delivering data in time, real-time communication technologies, such as EtherCAT, PROFINET IRT or SERCOS III, are being used today. These are based on conventional Ethernet. However, to achieve real-time communication, they unfortunately include additional technical mechanisms such as protocol enhancements that are incompatible to each other.

The result is a real-time Ethernet solution market that is severely fragmented, and simply won’t support future developments. Some of these developments include the need for increased bandwidth as well as higher information transparency between the field level and the enterprise level as advocated by trends such as Industrie 4.0. Importantly, TSN caters to these developments and represents the next step in the evolution of dependable and standardized industrial communication technology.

TSN and IIoT networks of the future

For some time and even today, the field of industrial automation is in a period of transition. We’re all striving to achieve the vision of more flexible and dynamic production facilities – far beyond what is currently possible. This, however, is only feasible when the communication infrastructure that ties these IIoT requirements together is capable of providing two essential services at the same time in the same network:

As TSN satisfies these requirements, it will only become more important in communications infrastructures as greater numbers of devices are connected under the Industrial Internet of Things (IIoT) and Industrie 4.0 revolution and as the communication requirements diversify further.

The transition of automation networks from the old into a new architecture can be visualized by how the well-known automation pyramid will develop in the coming years.

Due to new IIoT requirements, the familiar Automation Pyramid is expected to transform into an Automation Pillar. (Click here for larger image)

Due to the new IIoT requirements, the familiar Automation Pyramid is expected to transform into an Automation Pillar.

The Automation Pyramid used to separate complex industrial networks and applications into functional levels with high horizontal interaction. Within each layer of the pyramid, the networked devices showed strong interaction with each other and the adjacent layers. However, it is rare to see direct communication across multiple layers of the entire automation system: Systems built on this structure are strictly hierarchical and not very flexible.

With the advent of new application requirements and new enabling technologies, automation networks are straying away from the strict pyramid model that can no longer support these requirements. Examples of this include Secure Remote Access for remote maintenance and industrial big data analysis (e.g., for continuous process optimizations and predictive maintenance). Instead, they move to a new model, the automation pillar, which is more open and flexible and can support new requirements such as strong vertical communication and a strengthened industrial backbone with significant computational power. This in turn, is creating new business opportunities and helping organizations set and achieve greater success milestones.

What does this mean to you? More robust network planning, configuration and monitoring, seamless fault-tolerant communication and enhanced cyber security will be a necessity in the networks of the future. Combined with TSN, which guarantees the well-timed transmission of low bandwidth, high priority network traffic and simultaneously affords the full utilization of the high bandwidth offered by Ethernet for network traffic with weak or no latency requirements.

How Does TSN Actually Work?

Now that we’ve answered the question “What is TSN?” and covered why it is important for the future of automation networks, it’s time to explore the how. TSN is a set of different specifications that all address different functions in the automation network. Let’s have a look at some of the functions in more detail in this blog series and let’s focus on one of the key functions for now: The Time-Aware Scheduler.

With the Time-Aware Scheduler, you can prioritize the data transmission of conventional Ethernet frames based on transmission time. (Click here for larger image)

The Time-Aware Scheduler (pictured above)

Until now, it was not possible with Class of Service (CoS) mechanisms alone, such as the IEEE 802.1Q’s strict priorities, to guarantee firm end-to-end latency in standard Ethernet networks for time-sensitive data communication.

Without the Time-Aware Scheduler, low-priority traffic could delay high-priority traffic at each Ethernet switch along the transmission path, causing unnecessary and undesired interruptions. The reason for this is that Ethernet frames cannot overtake each other – even if one frame has a higher priority than others.

This is similar to a police car and a truck sharing a one-lane road: Imagine that a truck, which represents a large background Ethernet frame, is driving along a one-lane road, eventually arriving at an intersection (representing an Ethernet switch). The driver is looking at the intersection and can’t see anybody behind or in front of him on the road. So, he drives the truck onto the next section of the road. But just as the truck enters this section, a police car (representing a small, time-critical Ethernet frame) with emergency lights arrives and wants to overtake the truck in order to quickly reach an emergency situation further down the road! Sadly, the truck has already turned onto the next section of the one-lane road and cannot move out of the way, causing an unexpected delay to the police car! This situation highlights what can happen to time-critical messages in standard Ethernet networks without TSN.

But what if the truck could move out of the way at each intersection and if the truck driver would know when to do so in order to let the police car pass by? Similar to the way trucks and police cars would be able to share the one-lane road without interruptions to the police car (in the image above), the Time-Aware Scheduler, a central component of TSN, allows for time-critical and background data to share the same network.

Specifically, the Time-Aware Scheduler allows assigning specific time slots to best-effort and high-priority Ethernet traffic, where only one traffic group (either high priority or background) can use the network at defined points in time. This way, the police car will always encounter a one-lane road that is empty for the exact short period of time that is necessary for it to overtake a truck. After the police car has passed, the truck can move forward again.

What does this mean to you? Guaranteed delivery at a well-defined point in time for time-critical traffic, while background traffic can utilize the remaining available bandwidth.

Belden has been a leading participant in the IEEE standardization effort of TSN since 2009, has displayed TSN at the 2016 Hanover and SPS Nuremberg fairs and is a member of the IIC (Industrial Internet Consortium) TSN testbed that was displayed, for example at the IoT Solutions World Congress in October of 2016. These demos included Hirschmann’s prototype TSN-enabled RSP Ethernet switches.

Struck a nerve? You can learn more about TSN and its future in our new white paper “TSN – Time Sensitive Networking.”

Do you feel more confident in answering the question – what is TSN? Or, have you already started using TSN technology in your network? If so, what benefits have you seen? We look forward to hearing from you.

Previous Post The IIoT and Machine Building: A Case Study from the Textile Industry
Next Post Top 6 Trials of Using AGVs for Better Industrial Automation 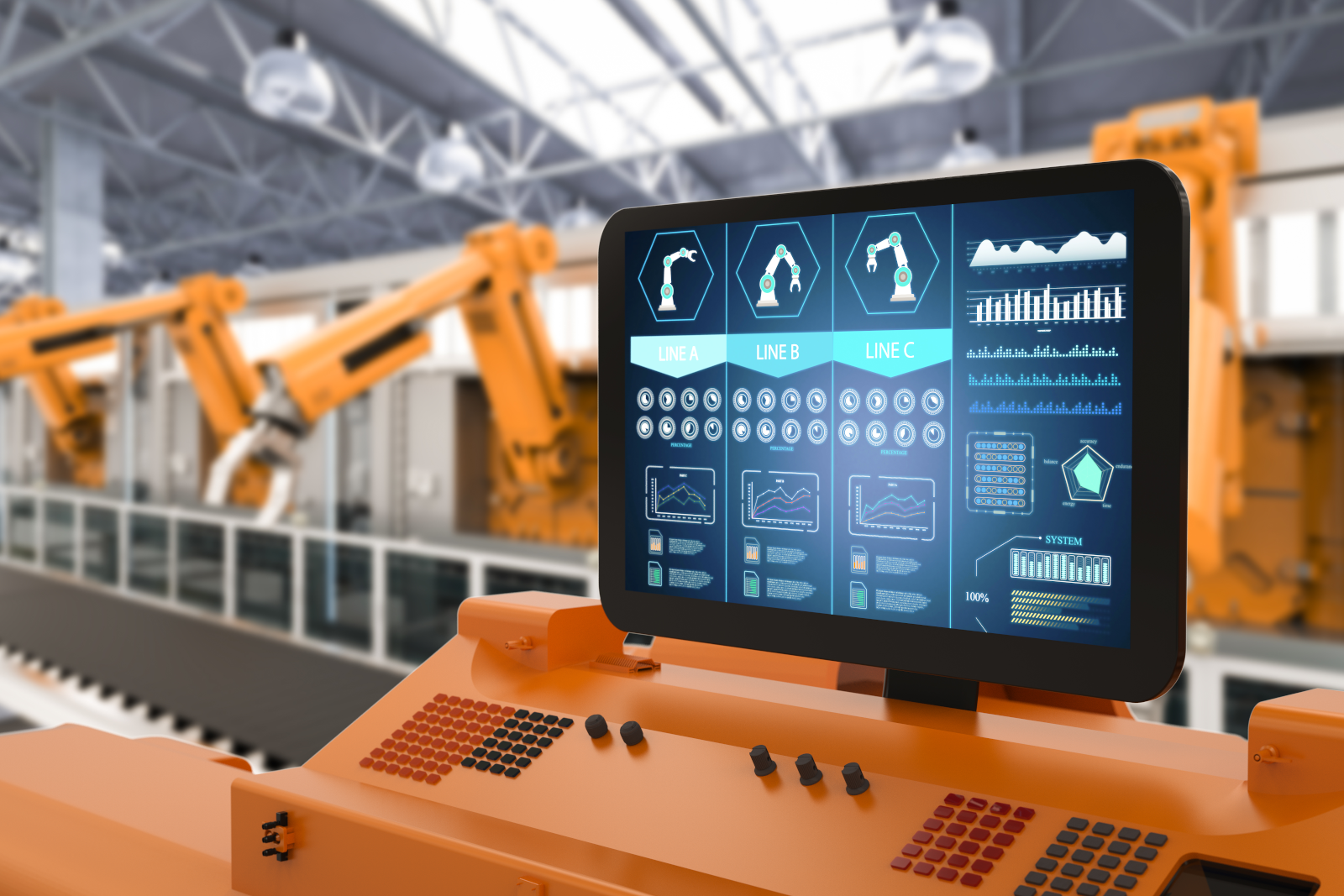