Wi-Fi enables people and their devices the freedom to untether—to connect to networks and the internet without being plugged into an Ethernet port. Globally, more than 9 billion Wi-Fi-enabled devices are already in use.

As new wireless standards—IEEE 802.11ax (Wi-Fi 6) and its extension, Wi-Fi 6E—move into the mainstream to support faster connections for many more devices at once, the number of wireless devices will continue to grow.

Wi-Fi is the name given to IEEE 802.11 wireless protocols, first launched in 1997. They specify what’s needed to implement wireless LAN networks and connect endpoint devices to them. The technology utilizes the unused spectrum within the UHF band, as well as unlicensed 900 MHz, 2.4 GHz, 5 GHz and 60 GHz bands. (In the United States, the 6 GHz band was recently added to the list of unlicensed bands as part of WiFi 6E.) Each band utilizes different IEEE 802.11 technology for a unique purpose.

Over the years, as updates to IEEE 802.11 are released, the standard has continually improved. Each generation brings faster speeds, lower latency and better user experiences. 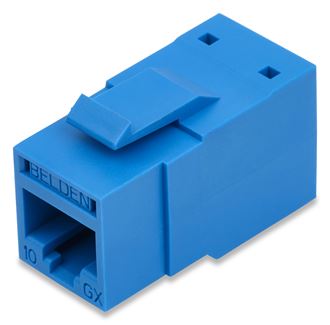 Designed for indoor, outdoor and industrial applications and available in fiber counts from 2 to 144

All Products
Wi-Fi began in 1997 with data speeds of 2 Mb/s in the 2.4 GHz and 5 GHz unlicensed bands. At that time, the IEEE 802.11 committee was established to define standards for wireless local area networks (WLANs). Most devices utilized the 2.4 GHz band to minimize circuitry complexity and maximize WLAN reach.

With increasing use of the unlicensed band, throughput became slower leading to the need for improved efficiencies in transceiver-to-receiver communication (multiple-input multiple-output [MIMO]) and greater use of the 5 GHz band. The evolution is best seen in the design of wireless routers; the list of supported technologies started with IEEE 802.11a and 802.11b and now support IEEE 802.11g, 802.11n, 802.11ac and 802.11ax. The Wi-Fi Alliance’s naming convention utilizes Wi-Fi 4, Wi-Fi 5 and Wi-Fi 6 to identify equipment and devices compatible with these technologies.

Recently, in the United States, a new, unlicensed spectrum opened up in the 6 GHz band. This band is four times as large as those in the 2.4 and 5 GHz bands combined. The intention of this new band is to allow IEEE 802.11ax to thrive in an uncongested frequency band without having to be backward compatible with previous technologies.  The standard that incorporates 6 GHz will be called “Wi-Fi 6E” (the “E” stands for “extended”).

New Wi-Fi standards will become instrumental as wireless connections and bandwidth requirements continue to grow. Today, the average user brings up to three devices with him wherever he goes: a smartphone, tablet and smartwatch, for example. These will all connect to a network the minute this person walks through a building’s doors (or even outside). These devices continuously download updates, receive emails and social media updates, and sync to cloud-based storage. As a result, according to Dell’Oro, wireless LAN active users are outpacing wired LAN users.

More devices are also connecting to enterprise networks as a result of Internet of Things (IoT), VoIP phones, IP surveillance cameras, lighting systems and building controls are all connecting to networks to transfer data, receive data and adjust performance in real time.

These increases in network users and wireless devices also call for more wireless access points (WAPs). (These devices connect to enterprise networks, too.)

Along the way, other Wi-Fi technologies were added to serve WLAN needs and support applications with low data rates at far distances and high data rates at close distances.

In 2014, long-distance connectivity in the Sub-1 GHz band was added. Utilizing unused spectrum in the UHF television band is IEEE 802.11af (White-Fi), followed by IEEE 802.11ah (HaLow) in the unlicensed 915 MHz band. These two technologies provide WLAN connectivity with several-hundred megabits of throughput at distances of up to 1 km.

In 2016, short-haul, high-throughput connectivity was added in the 60 GHz range. IEEE 802.11ad (WiGig) offered a throughput of 6.7 Gb/s. Improvements to this technology were added in IEEE 802.11ay (Next-Generation or NG), offering up to more than 20 Gb/s of throughput and superseding 802.11ad technology.

The future of Wi-Fi will continue to advance the usage of WLANs in the 2.4 GHz and 5 GHz bands for extremely high throughput (EHT) around 25 Gb/s and play a role as a possible solution for in-building 5G off-loading. The technology contained in IEE 802.11ay, 802.11ad and 802.11ax meet ITU 2020 initiatives. The ITU initiatives are a set of requirements given to developers of radio access technologies that define 5G technologies. WAPs distributed throughout the ceiling. Alternatively, smaller (typically 8 port) PoE switches can be distributed throughout the ceiling. The PoE Switch is the last wired connection of power and data to wireless access points. The maximum distance of copper cabling from a PoE switch is 100m based on maximum length supported by TIA channel limits. The maximum power of the PoE switch is determined by the type of power the switch can provide and the required power needed by the WAP. To maximize both power and data delivery, Category 6A cabling is highly suggested. Assemblies are deployed from these Zone Box panels to the wireless access points. Initial deployment can be made even faster using Pre-Terminated cables. Since moves, adds and changes (MACs) often occur for the changing needs within the Smart Building, only the assembly from the Zone Box to the new WAP location would need to be changed.

An Aggregate Switch (also known as a Distribution Switch) is an important link between between the PoE switch and the Cloud. The Aggregate layer switch ensures the packets are properly routed between WAPs within the enterprise and to external addresses. Connections between the PoE switch and the Aggregate switch have a higher data rate than copper cabling can provide (including longer distances) which require multi-mode fiber cabling.

The cabling to connect data and power to the WAP in the Smart Building has moved to the ceiling. The air pace in the ceiling is typically an area that connects to the air space of the building. For this reason, we must be mindful of the cabling and components that connect to the WAP are plenum rated. For cabling, it must be CMP rated and for components, it must be UL 2043 rated.cord. A newer methodology is possible whereas the horizontal cabling (from the Zone Box or IDF) is terminated to a plug (or Flex-Plug) and directly connected to the WAP. Both methods are accepted by the standards and which one to use is entirely up to the system designer.

There are several challenges facing wireless deployment. Interference can impact speed and result in downtime, impacting the performance of connected devices. While interference can be caused by external factors, it can also be due to poorly-designed and/or manufactured cabling infrastructure. Although Wi-Fi is a wireless technology, cable infrastructure plays a crucial role in successful wireless network deployment. If the cabling infrastructure isn't functioning correctly, Wi-Fi performance can be spotty, connect/disconnect unexpectedly or to go down altogether. RF Interference
'Noise' is present in a wide variety of environments—whether an industrial facility or office environment with fluorescent lighting, power cables or multiple cables in close proximity operating at different speeds). Such noise can impact wireless cable and connectivity performance, data transmission and network traffic. Lower levels of category cabling aren't designed to minimize this external noise (e.g., Cat 5e). Cat 6A cabling is the only cable designed to lessen external noise without mitigation techniques as it supports full implementation (100 m channels in high-density applications) of multi-Gigabit Wi-Fi and Ethernet uplinks from 1 to 10G.

Power Delivery
Many wireless devices—especially IoT devices such as cameras and wireless access points—call for data transmission and efficient power delivery. Many of these devices must be placed where power isn’t easily accessible (ceilings, high on walls, plenum spaces, etc.).

Power over Ethernet (PoE) transmits data and power over a standard Ethernet cable. It’s a cabling technology that lets you deploy devices at any location—even far from electrical outlets. It also gives each connected device a dedicated IP address for individual management and control.

When comparing category cabling options for Wi-Fi applications, Cat 6A cable is the best option. It operates at frequencies of up to 500 MHz—twice that of Cat 6—providing the most efficient power delivery minimize waste.

Heat Generation
As power is transported over an Ethernet cable in most Wi-Fi applications, extra heat may be generated. When cables are bundled, heat build-up is more prevalent, negatively impacting cable performance. Belden 10GXS Cat 6A Cable efficiently handles added heat while maintaining full 100 m performance—and is the only Cat 6A cable that meets this standard. (NOTE: Some cables quickly become an 85 m solution if the temperature increase is too high.)

Direct Connect (MPTL)
Many wireless and IoT devices are now installed above the ceiling or wall-mounted for practicality and aesthetic purposes requiring a change in traditional network-connection methods. The 'modular plug terminated link' (MPTL) topology—or what we like to call 'Direct Connect'—allows horizontal cable to be terminated to an RJ45 plug on one end, connecting directly to a device—simplifying installation time and cost, increasing safety, creating a cleaner finished product & supporting plenum applications.

Supporting MPTL topology, REVConnect Connectivity products use a single termination process for every application offering a complete connectivity solution for Cat 5e, 6 and 6A shielded and unshielded cable, allowing you to switch from a jack to a plug—or vice versa—without having to re-terminate.

Plenum-Rated Connectivity
Because many of these devices connect above the ceiling, the outlets, jacks and patch cords used in these applications must now be plenum rated. Belden’s REVConnect Connectivity Systems are UL 2043-rated for plenum spaces providing confidence that you’re using safe connectivity, regardless of device location.

There is no such thing as an 'all wireless' network. The Wi-Fi infrastructure must connect back to a high-performance & secure wired network. Wireless calls for better wire as underlying any wireless system is a wired infrastructure that must support emerging wireless technology and the wireless access points, small cells and other endpoint devices.  An enterprise wireless network is only as good as its cabling infrastructure (layer 0). As installation of access points and small cells increases to improve wireless coverage, the amount of pathway cabling to support increased network capacity will increase in parallel. To eliminate concerns about downtime, spotty connections or unreliable wireless service, how can you decide what type of cabling system foundation you need to support emerging wireless technology?

Will there be several MPTL endpoint connections?

End-to-end system reliability & simplicity are key to connecting devices to the network.

What will happen if wireless connectivity goes down due to a cable or connectivity issue—or if a network-connected security system fails?

Is this a PoE application? (Will the system support power-hungry devices such as security cameras, access control & building sensors?)

PoE relies on Cat 6A 4-pair, balanced, twisted-pair cabling for best performance due to its ability to reduce resistance & power waste.