The Infrastructure that Will Power Esports Technology 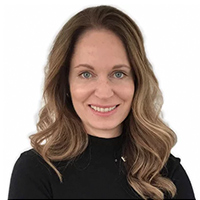 Esports is growing in North America. And it’s growing fast.

According to Statista, by 2022, there are expected to be almost 300 million frequent viewers of Esports globally. It’s the fastest-growing competitive sport in the world.

Colleges like University of California-Irvine and Kent State University are offering scholarships for students who play. High schools are beginning to offer Esports leagues. Governing bodies now exist to develop framework for college-level gameplay and regulations for professional teams. Integrators are creating venues that support video game technology. And, after some back and forth, the sport has earned a spot in events leading up to the Tokyo 2020 Olympic Games. (The winner will take home half a million dollars.)

Viewers can watch Esports online, streaming on a device via an app or browser through services like Twitch, Mixer, YouTube Gaming or Steam.

Esports can also be watched live. Just like the traditional sports fans we know, Esports fans show up at arenas in team jerseys, watch their favorite players compete in person and share their experiences online in real time.

Because a video game’s performance hinges on the network infrastructure, connectivity makes or breaks Esports. Cabling infrastructure serves as the foundation for gameplay: It runs games, connects players to each other and immerses fans in the experience.

As Esports is taken more seriously, bigger investments are also on the horizon. Just like any other competitive sport, the equipment involved is crucial to the outcome. Obviously, Esports technology requires things like gaming desktops, controllers and keyboards, and headsets … but there’s another vital component to add to that list: cable and connectivity.

And Esports relies on more than just gaming equipment, too. Consider the AV technology built into the venues popping up across the country, such as Blizzard Entertainment Arena in California and Esports Stadium Arlington in Texas:

The Importance of Connectivity

When it comes to supporting Esports, there are two things that matter to ensure the best performance possible:

In addition to providing a better player and viewer experience, cabling and connectivity solutions that offer higher bandwidth and lower latency can also provide players with a competitive edge. (If latency is too high, for example, then players will lose valuable time.)

High-definition, detailed gaming graphics – and the many players making moves simultaneously in an environment where milliseconds matter – mean that downtime, lag, buffers and delays can’t happen. (And don’t forget about the camera sources and surge of live streaming traffic from the audience, which both vie for a piece of the network.)

As with any other type of technology, the best gaming systems in the world won’t function and connect as expected if the infrastructure that supports them can’t keep up. To bring Esports technology to life, a combination of high-performance fiber and copper cabling systems are needed, along with reliable connectivity components.

Want to learn more about the cabling and connectivity required to support the technology inside today’s arenas, stadiums and venues? Contact our experts here!

Previous Post What’s Driving the Need for Fiber in Broadcasting?
Next Post Get a Better Handle on Wireless Terminology

Christine joined the Belden team in 2019 as the strategic account manager for stadiums and venues. She has 25 years of experience working in the sports broadcasting industry, including four Olympic Games and numerous projects in every major American sports league. Williamson is uniquely positioned to understand the importance of audience and fan engagement. She works tirelessly to build partnerships and solutions that add value to all aspects of a stadiums or venues project.

A Space-Saving Way to Manage Lots of Fiber August 13th, 2020

What You Should Know About Snake Cables and When to Use Them October 1st, 2020

The Advantages of Going Beyond Cabling Standards and Recommendations May 28th, 2020