College and pro sports and entertainment venues are upping the game for fans, investing in technology that offers interactive experiences, promotes fan engagement and allows constant connectivity for sports enthusiasts and their devices.

But these types of investments are being made to improve the experience for fans watching at home, too. Things like 4K content, integration of social media conversations into the viewing experience and the ability to stream and watch sports on the go help people stay connected to the venues and teams they love, even when they can’t be there.

Golf Channel, the United States’ single-sport cable network, is a good example of this type of investment. Owned by the NBC Sports Group and headquartered in Orlando, FL, Golf Channel has more than 1,000 employees and more than 500 million viewers in 80 countries across the globe.

When Golf Channel revamped its 1,980-square-foot Studio AP, the goal was to improve the at-home experience for its 500 million viewers and immerse them into the setting.

The network wanted to create the feel of a golf course behind a talk show’s main anchor desk and interview area. The approach they took: Installing sets of LED monitors that mimic clubhouse windows overlooking a course. Throughout the course of the “Morning Drive” show, these screens display content of the sun rising, sprinklers turning on and golf course maintenance beginning for the day.

As you watch, it really does feel like you’re observing the hosts broadcast from a real clubhouse. Golf Channel can also use different graphics on the screens, giving them options beyond displaying video of a golf course.

When it came to the infrastructure to support the content for these monitors, creating the most realistic-looking picture possible on air also required some ingenuity. Golf Channel needed a cable that could transport UHD video signal via HDBaseT over 300 feet from its 4K display processor out to these multiple displays. And the most important factor: They couldn’t experience signal loss. It wouldn’t look much like a real golf course if the picture was degraded.

A full fiber transport was one option for this application, but the costs associated with the fiber itself, the installation and additional hardware would’ve been high. So they were in search of another solution that would still let them achieve their goals of displaying realistic video content while also maintaining their budget.

The final result: Belden’s 4K UHD Media Cable is used to connect Golf Channel’s display processor to its studio displays; 4K signals can be transported with no signal loss whatsoever. The cable was terminated with the REVConnect® Connectivity System, allowing it to be terminated onto a single core compatible with eight RJ45 modules, including jacks and plugs. This allows Golf Channel to put any type of end on the cable it wants and later swap it out if needed (as many times as desired). And when the team is ready to broadcast studio programming in 4K, the proper cabling infrastructure is already in place to support it.

To learn more about Belden’s work with Golf Channel – including how they reduced installation time and costs during set redesign – download the case study below! 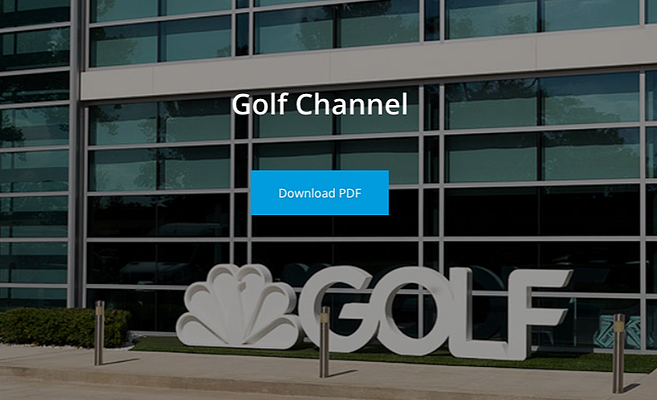 Spending nearly 30 years with Belden, Linda White tracks customer needs and buying preferences as she manages broadcast and AV product lines. When new information is uncovered about the industry, broadcast and AV customers or technology trends, she ensures that this data is considered as new products are designed and developed. Involved in product creation from initial concepts through to completion, Linda strives to improve Belden’s existing products while helping to develop new cables, connectors and assemblies for the broadcast and AV industries. During her time at Belden, she has worked in product management in both the broadcast and industrial markets, as well as supervising the inside sales department.

6 Ways to Design Your Layer 0 to Support the Future of Network Technology April 26th, 2018