The Power over Ethernet (PoE) facility, which is standardized under IEEE 802.3af, was developed to reduce the cost of network planning, cabling and installation. The equipment is powered directly over the data line.

The networking of industrial installations is an important and steadily expanding topic in the field of automation. Just as office networking once did, Ethernet networking is now advancing into industry and making strides to replace existing standards such as Profibus. A number of companies now offer networking solutions under the name Industrial Ethernet. Their offers range from small entry level switches through modular Gigabit switches right up to wireless LAN (WLAN) access points.

The IEEE 802.3af standard, which supports the simultaneous network transfer of data and power, was introduced to reduce installation costs and provide more flexible networking facilities. It means that, instead of separate network cables for data, power and telephones (VoIP), everything can now be conveyed via a single LAN cable. Many offices are already successfully using equipment such as IP telephones and access points with PoE functionality. Unlike office networks with their star-shaped network structures, industrial applications generally use a linear arrangement. The industrial use of Power over Ethernet (PoE) is somewhat restricted by the fact that the PoE standard describes only point-to-point connections.

The Power over Ethernet (PoE) facility, which is standardized under IEEE 802.3af, was developed to reduce the cost of network planning, cabling and installation. The equipment is powered directly over the data line (e.g. for distances up to 100m via a CAT 5/5e cable). PoE makes network planning flexible and independent of switch cabinets and power sources, and also saves additional outlay for power and telephone networks (VoIP). The principal advantage of Power over Ethernet is that it renders power cables unnecessary, so that equipment with Ethernet interfaces can be installed even in inaccessible locations or where extra cables would be in the way.

This not only makes it possible to make massive savings on installation costs, it also facilitates the operation of uninterruptible power supply systems (UPS) to improve the reliability of the attached equipment. PoE is primarily used for low-powered terminal devices, typically IP telephones, cameras and wireless transmission equipment such as WLAN or Bluetooth access points, but it can also provide a redundant power supply for switches to increase the network’s reliability. For example, if the power supply to a switch should fail, it can continue to operate under PoE power, which markedly increases the availability of the network. PoE can be used in four-wire or eightwire networks. In four-wire networks can only be used phantom power, but eight-wire networks can use both phantom and spare-pair power. Power over Ethernet is specified and standardized by IEEE 802.3af standard, which subdivides devices into two groups:

PoE allows you to supply current to a powered device (PD) such as an IP camera via the twisted pair cable that is at the same time used for Ethernet communications. The PoE ports support Power over Ethernet according to IEEE 802.3af delivering a maximum 15.4 Watts per twisted pair port.

Power over Ethernet Plus (PoE+)

PoE+ is the further development of PoE according to the standard IEEE 802.3at supporting up to 30 Watt. While PoE requires two pairs of the twisted pair cables, PoE+ uses all 4 pairs to power end devices which require power above 15.4 Watts.

A Power over Ethernet PD (powered device) is a device which receives the required power for their operation via PoE or PoE+. 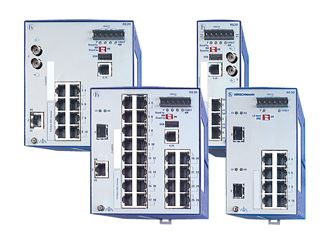 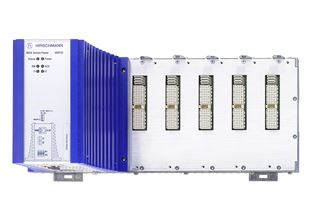 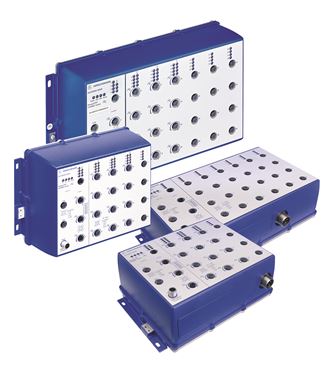